VetStock to honor vet with custom bike  and more

VetStock to honor vet with custom bike  and more

The Rivoli, haunted by the Sullivan County Dramatic Workshop

SOUTH FALLSBURG, NY — The Sullivan County Dramatic Workshop (SCDW) presents its Haunted Theatre at the Rivoli Theatre. Organizers promise “three floors of fright—it’ll be a scream! YOURS! Come if you dare!”

There will be the inexplicable, murmurs, ghosts and spirits. They add, ominously, that as long as you stay with your group, you’ll be just fine.

Tour dates are on Fridays and Saturdays: October 8 and 9, 15 and 16, 22 and 23 at the Rivoli in South Fallsburg. Tours are limited to groups of four and run continuously, starting at 6 p.m. The last tour of the evening starts at 10 p.m. The tour includes stairs and is sometimes in complete darkness. The tour is not recommended for children under 13.

All tickets cost $10, which includes admission and a free gift from the SCDW. Advance tickets are recommended.  Purchase them at www.scdw.net. 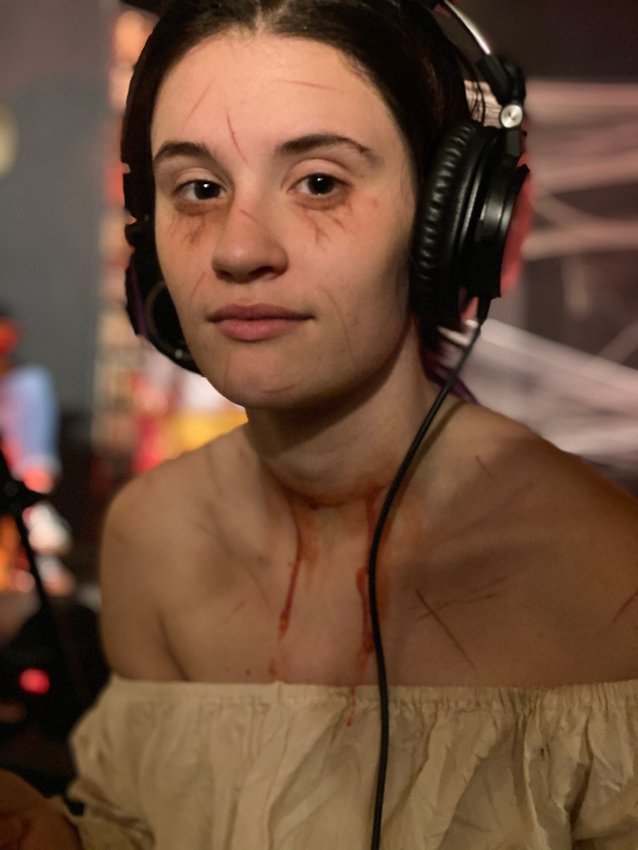 "Stay with the group," cautions the Sullivan County Dramatic Workshop during their Haunted Theatre tour. 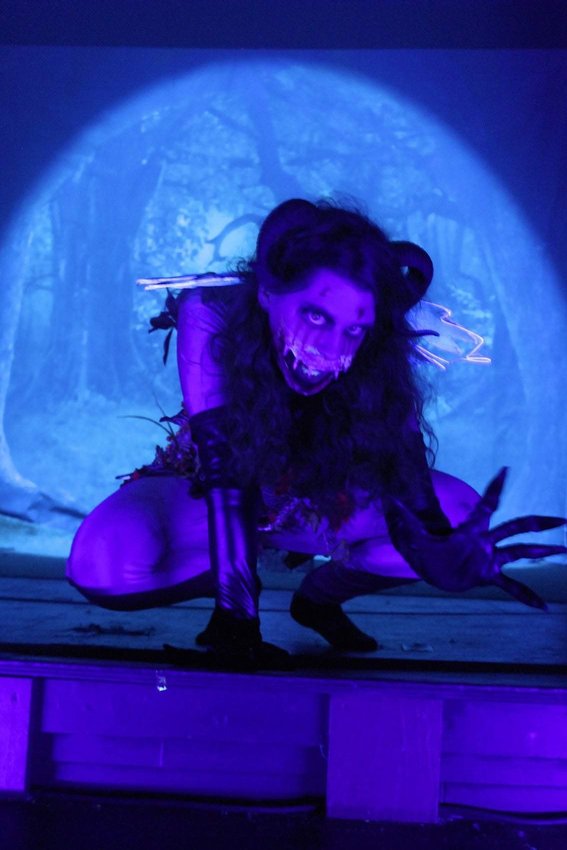 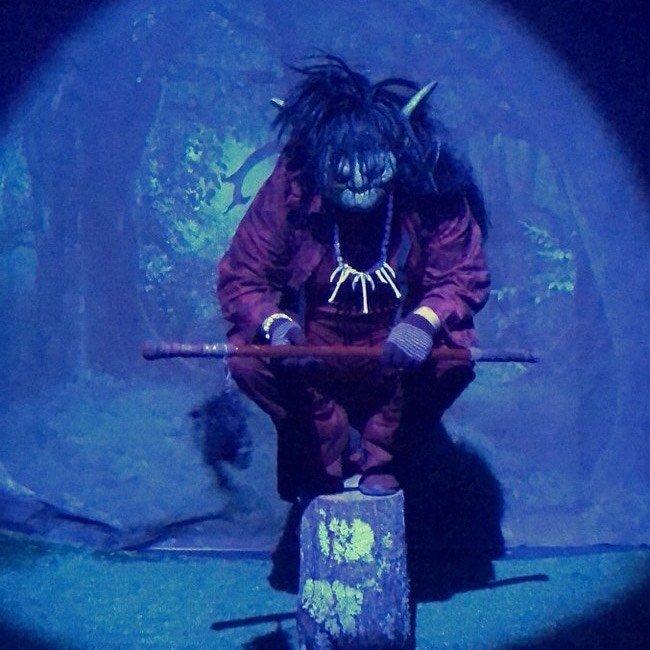 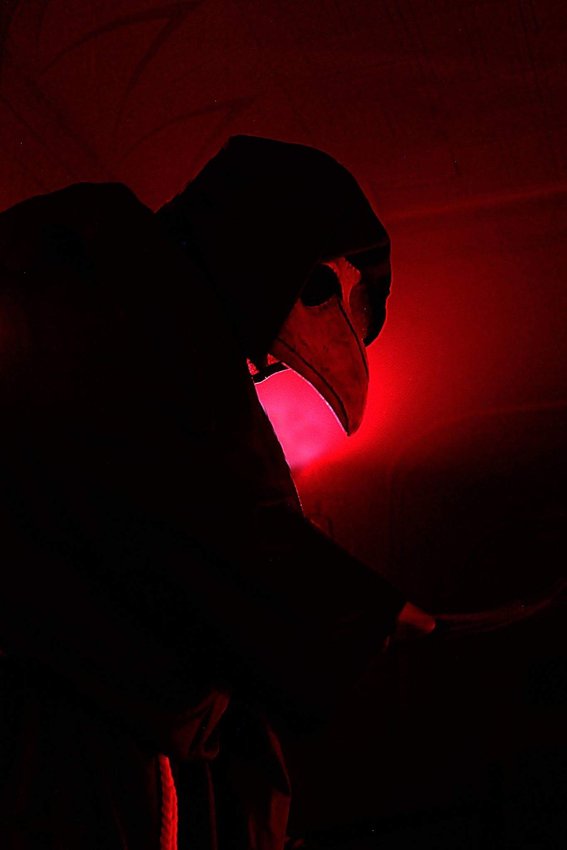 The plague doctor is apropos this year. See more at the Sullivan County Dramatic Workshop's Haunted Theatre tour.
Previous Next

ONLINE — It’s the sort of thing that some of us (*cough*) know they should do, and somehow never manage to start.

Decluttering, according to those who practice it, is freeing and can give one a sense of control over one’s life.

It certainly helps with tidying.

But if you, like some of us, could use help getting started, the Western Sullivan Public Library is holding a virtual decluttering workshop, led by organizer and author Jamie Novak.

Novak promises “Seven Secrets to Decluttering the Most Difficult Spots.” She’s the author of “Keep This, Toss That,” hosts a show on YouTube and runs a blog that offers tidying hints in small, digestible chunks.

No, neither are we. But Sticky Fingers Delectables will help make the transition a lot less painful. It’s hosting its annual community get-together from 2 p.m. to 6 p.m. on Sunday, October 10 at their 200-year-old outdoor pavilion, 10 Horseshoe Lake Rd., Kauneonga Lake.

Because it really isn’t too cold for ice cream, Sticky Fingers will have an array of flavors in stock. There will be music and hot and cold beverages.

Something for everyone at Harvest and Heritage Days

HONESDALE, PA — Honesdale rolls out the pumpkins, hay bales, corn stalks, and fall colors for its annual Harvest and Heritage Days, Saturday, October 9, and Sunday, October 10 from  10 a.m. to 5 p.m. Expect pumpkins to paint, blacksmithing demos, shops to explore and vendors’ wares to check out. There’ll be plenty to eat, too.

Those who wonder what’s happening with Honesdale’s Roots and Rhythm Festival in 2022 can get a hint at the Fred Miller Pavilion on both Saturday and Sunday. Updates are available at www.honesdalerootsandrhythm.com.

The Wayne County Historical Society will open the Old Stone Jail and downtown museum for tours. Information on times and attractions can be found on their website at  www.waynehistorypa.com or call 570/253-3240.

The Stourbridge Line offers a scenic ride along the Lackawaxen River, and hayrides will be offered downtown, for a small fee, from 1 p.m. to 4 p.m. on Saturday and from 12 noon to  3 p.m. on Sunday. For more information on Stourbridge Line excursions and ticket prices, see www.thestourbridgeline.net or call 570/470-2697.

At night, learn Honesdale’s creepy secrets with a Ghost Tour. Meet at Central Park for a 40-minute walking tour held from 5:30 p.m. – 9:30 p.m. Tickets are timed and will only be sold online at www.VisitHonesdalePA.com.

GREELEY, PA — An Army veteran who lost most of his right leg in Afghanistan will receive a tribute from VetStock on Friday, October 8, during Heroes Day at the Tommy Gun Warehouse in Greeley.

Lyndon Sampang will take official ownership of a custom-built motorcycle and will be escorted by fellow vets from Gettysburg to Greeley. They should arrive in Greeley at about 5:15 p.m.

The Heroes Day ceremony is free and open to the public.

“I am beyond humbled and excited to be the recipient of such an unselfish act,” said Sampang, “I’ve been riding motorcycles since I was 13 years old, but I never thought I’d be able to ride again.” He looked forward to the event, “mostly to experience the love of riding a motorcycle again.”

Combat Hero Bike Build, like the Pike County-based VetStock, provides support to veterans. Headquartered in Colorado, they rebuild or modify motorcycles to give wounded veterans the chance to ride again.

Sampang served in the Army, SGT-E5, 10 years in the National Guard and on active duty.  On March 18, 2010, while serving in Yayah Khel Patika Province, Afghanistan, he lost his right leg from the knee down.

Anyone who wants to join the tribute ride to escort Sampang to receive his bike is welcome. The ride begins at 10 a.m. sharp at Battlefield Harley Davidson Dealership in Gettysburg. They’ll stop at Baer Harley Davidson in Honesdale before arriving in Greeley.

The public is invited to meet Sampang, see his new bike and enjoy family fun, food and music by Brokedown & Rebuilt at the event. They’ll also get to meet VetStock’s sponsored service dog, Jacob. Jacob was named after Lance Corporal Jacob Beisel, U.S. Marines, who was killed in action in 2006. Beisel had always told his mother, “If I could come back I would come back as a dog!”

The Tommy Gun warehouse is located at 105 Kahr Ave. in Greeley. The Heroes Day event takes place during the Rod of Iron Freedom Festival weekend on the Tommy Gun festival grounds.

For more information about Heroes Day, go to https://bit.ly/2Ye7pDu.

Britton-René Collins and the marimba at Grey Towers

MILFORD, PA — Bach… on the marimba?

Percussion artist Britton-René Collins will perform at 3:30 p.m. on October 9, under the tent at the Pool Pavilion of Grey Towers National Historic Site. The award-winning young percussionist will perform music by Bach and contemporary composers. 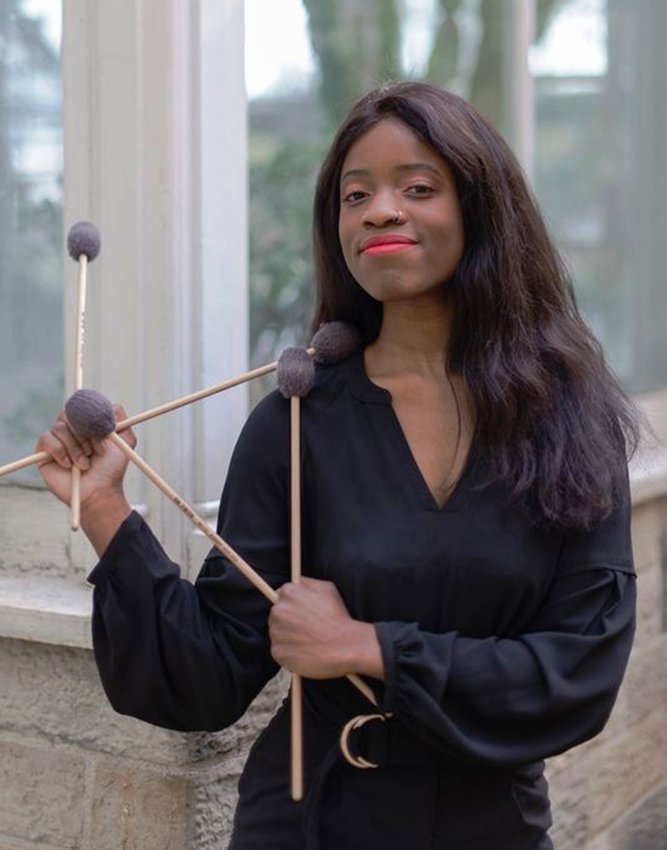 Britton-René Collins will perform at Grey Towers on October 9.

There is no charge to attend the concert.

Collins, as an undergraduate music major, won the University of Toronto Orchestra Competition, and this year she took the Grand Prize at the Chicago International Music competition. She has performed as a soloist with the Orpheus Chamber Orchestra and other ensembles.

The centerpiece of this concert will be her transcription for the marimba of J.S. Bach’s Violin Partita in D minor

Seating is limited, so people who want to attend should email kindredspir@yahoo.com in advance.

FORESTBURGH, NY — “The Rocky Horror Show Live” will be performed in the Forestburgh Tavern eight times in October.

The production features Playhouse talent and a live band.

The iconic “Rocky Horror” songs will be performed.

“Rocky bags” will be available with all the props needed to “fully experience this wacky and wonderful show,” according to the show’s announcement.

The cost is $48 per person, and includes a souvenir mask. All attendees must be fully vaccinated. Mask-wearing is encouraged.

For more information, see the Forestburgh Playhouse website at www.fbplayhouse.org/rocky-horror-2021.

The movies had been filmed in and around Milford in 1912. “The Informer” and “A Feud in the Kentucky Hills” both starred Mary Pickford and featured familiar scenery and stunning views shot from the “The Knob,” the hill that overlooks Milford. “Mangini composed some new music, added some tracks from her previous projects and paired the sound with these aging ‘flickers,’” a spokesperson from the historical society said, “to make for a fun and fast-moving romp through the Milford foothills with Mary and the gang.”

The films debut at 9 p.m. on Saturday, October 16 at the Station Guest at Broad Street Alley, 310 Broad Street in Milford, for an outdoor cocktail party followed by the screening of the two movies. Only 40 tickets are available; reserve them by calling 570/296-8126 or emailing pikemuse@ptd.net.

Tickets can also be purchased via Facebook; click on events at “The Columns Museum.”  The cost is $50 per person and includes cocktails, snacks and the movies.

Mangini will be on hand too—she will be the guest bartender. For more information, visit the Pike County Historical Society website at www.pikehistorical.org. 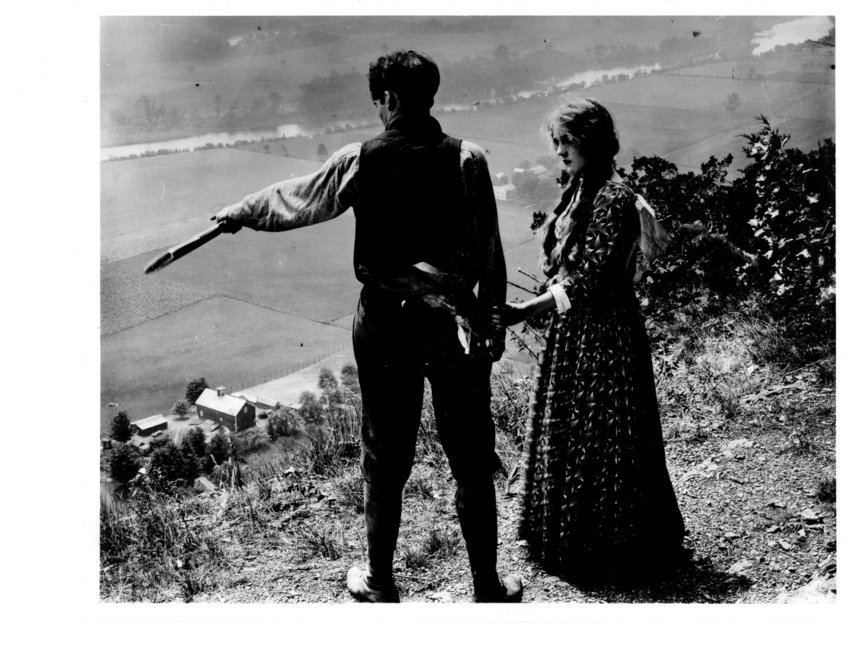 Mary Pickford (and unidentified actor) in a still from a movie in the Pike County Historical Society collection.

CALLICOON, NY — Art will surround visitors to Callicoon on Saturday, October 9 during the Callicoon Artwalk.

Stroll down Main Street and check out the windows of the small businesses in town. It’s a chance to immerse yourself in art and enjoy one of the area’s most popular towns.

Merchants will be open from 12 noon to 8 p.m. and maps are available at each shop. A pub crawl will offer tastings of the products of local distilleries and breweries.

The Artwalk is organized by the Callicoon Business Association (CBA). For more information about the event, see visitcallicoon.com. To learn about the CBA, visit Facebook at callicoonbusinessassociation.

The Nutcracker comes to the Delaware River Valley and more

The Golden Girls of Sullivan County

Don’t judge a book by its cover

'Art in Sixes' at the DVAA and more