In the driver's seat: Dan Dulin returns to racing

In the driver's seat: Dan Dulin returns to racing

RR photos by Ted Waddell
Suiting up. Dan Dulin gets some last-minute adjustments to his fire-retardant racing suit from fiancée, Renee Terwilliger, as his pit crew—Kyle Dunham, left, Daniel McDonald and Natalie Williams—watches.
Posted Wednesday, July 15, 2020 9:54 am
By TED WADDELL

Prior to that tragic accident, he was a force to be reckoned with in #5, a Sportsman-class racecar at Bethel Motor Speedway (BMS), a few miles as the burnt rubber flies from the site of the 1969 Woodstock Festival.

While a lot of folks would probably have thrown in the towel and given up to the ravages of this devasting and life-altering injury, Dulin, of Washingtonville, NY, showed a remarkable sense of courage. After a lengthy recovery and rehabilitation process, he got behind the wheel of a racecar again on June 13 during the local speedway’s first practice of the year. 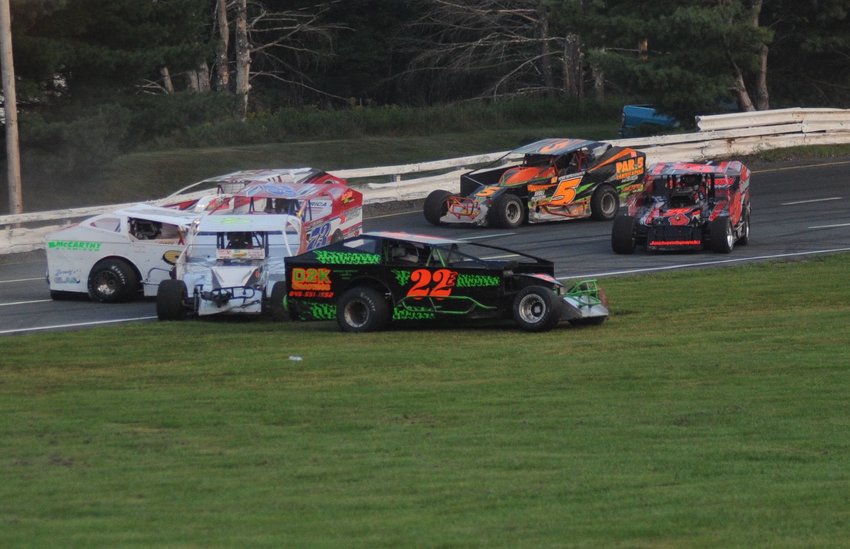 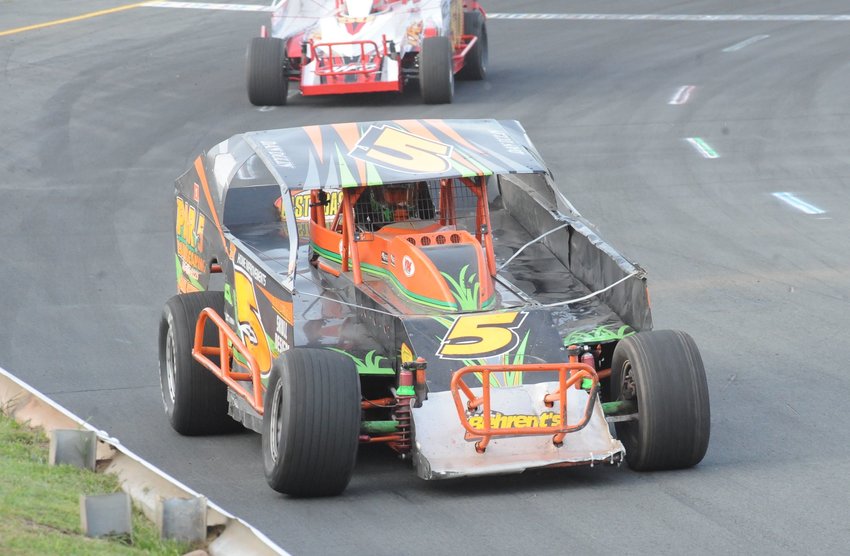 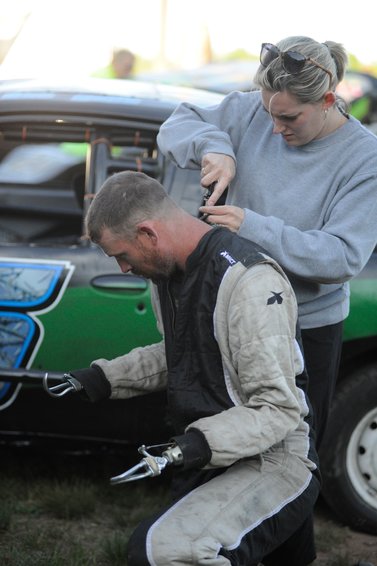 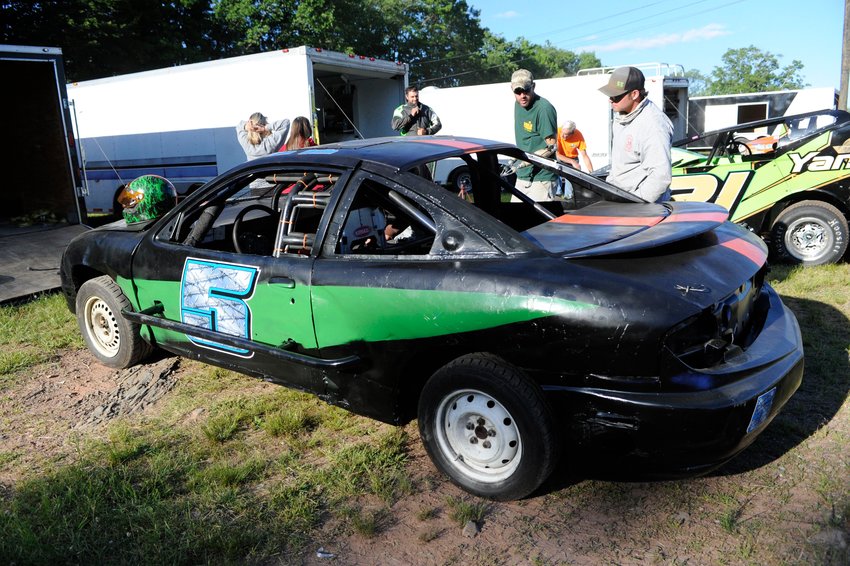 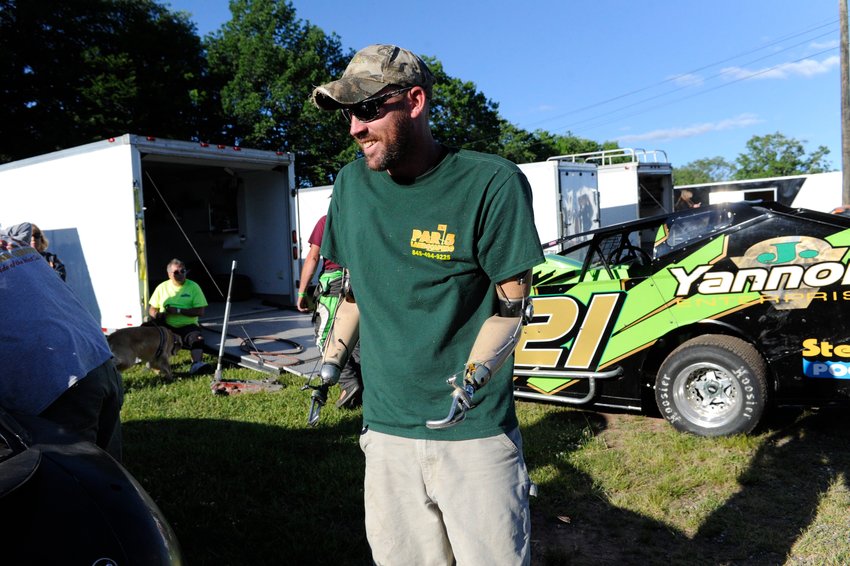 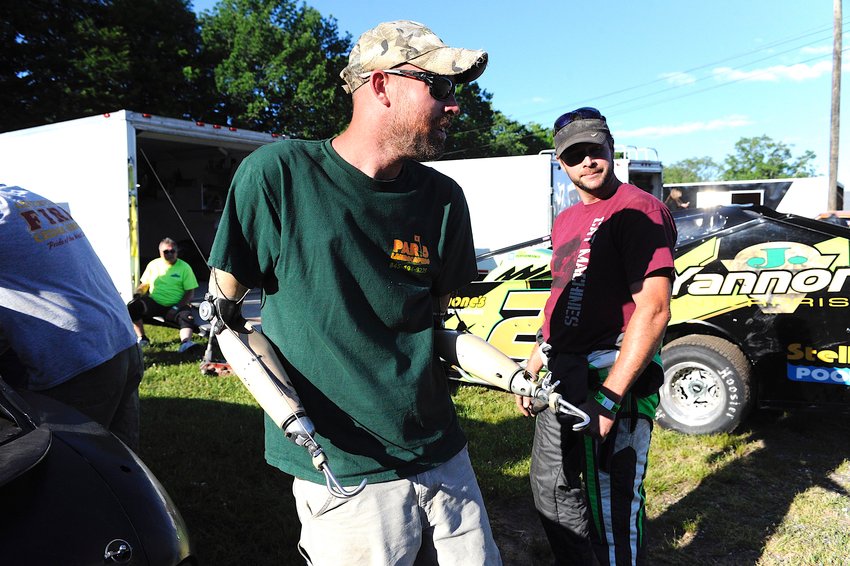 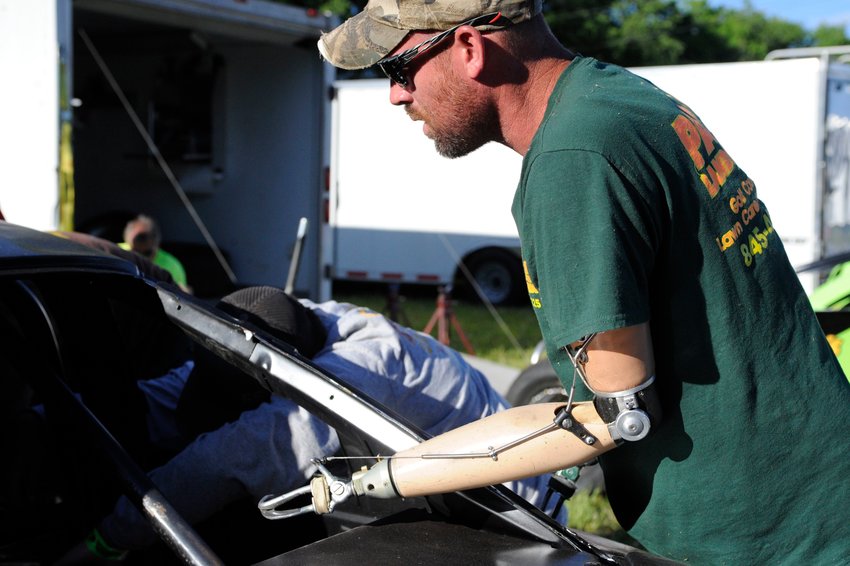 For the moment, the powerful Sportsman is sidelined, and he is getting back into the demanding world of motorsports in a new #5, this time a four-cylinder Pontiac Sunfire coupe.

“I got electrocuted about a year-and-a-half ago, roughly,” said Dulin during BMS’s first practice session of the 2020 racing season. “In a nutshell, I was up in a tree and came in contact with a primary line… and lost both arms as a result of the accident.”

So what’s it like to step down from the Sportsman class to a four-banger?

“Once I get the new arms, I’ll be in much better shape,” he said.

But for now, Dulin is racing a four-cylinder.

“For a thousand dollars, you can get out there,” he said, comparing the cost of his new #5 to the more expensive street stocks. “They are pretty expensive” or his old #5 ride, the Sportsman.

“Cost-wise, this is a much better way to go, especially temporarily.”

Back in May 2016 at the start of the season at the local quarter-mile asphalt oval, Dulin pulled off his first win of the year in his 358/Sportsman, taking the checkered flag after a four-way battle royal against Mike Dutka, Kyle Redner and Rick Mill.

In the wake of his life-changing accident, and after being airlifted to Orange Regional Medical Center’s trauma center in Middletown, NY, Dulin spent more than two months in the burn unit of Lehigh Valley Hospital in Allentown, PA and then three weeks in rehab at Helen Hayes Hospital in West Haverstraw, NY.

Along the road to recovery, a moving image titled “Keep Fighting Dan #par5strong” was widely circulated on social media.

The other afternoon at BMS, Dulin was assisted by a dedicated pit crew: his loving fiancée Renee Terwilliger, along with Natalie Williams, Daniel McDonald and Kyle Dunham.

On Saturday, November 7, the couple plan to get married. For more information, visit www.theknot.com.

Asked what it was like to run at BMS, Dulin replied, “The track is a pretty good-size, but it’s a tough track, not real wide, so it can be pretty challenging.”

“It’s an affordable track to run at, you don’t have the tire wear and damage that you have at other tracks in the area like Middletown or Accord.”

“The level of competition has been increasing the last couple of years…a  lot more fast-quality cars. It’s good being out there, I love it,” said Dulin.

Dulin is scheduled to race again at BMS on Saturday, July 18.

Lady Hornets field hockey squad off to a good start