MONTICELLO, NY — Whoever said “start small” wasn’t trying to raise a county’s health ranking. The problems driving it are complex. But Sullivan County’s health and family services department—and many, many community organizations—have a plan and are getting to work. 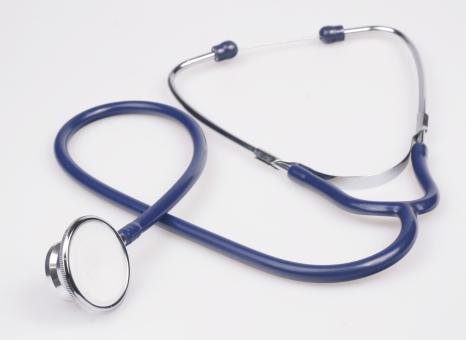 MONTICELLO, NY — Whoever said “start small” wasn’t trying to raise a county’s health ranking. The problems driving it are complex. But Sullivan County’s health and family services department—and many, many community organizations—have a plan and are getting to work.

At the health and family services committee meeting on Thursday, May 13, commissioner John Liddle unveiled their new, targeted approach to improving county health. “It’s about prioritization and maintaining clarity and visibility of these issues,” he added in a Friday interview.

There are four immediate goals, which integrate existing programs: easing access to care, enhancing communities, encouraging healthy behaviors and ending the opioid crisis. The last is the most important.

The Sullivan County Opioid Task Force is “really focusing on the opioid crisis and working with families struggling with substance abuse,” Liddle said. He added later that the project “has picked up a lot of speed under the leadership of Meagan Galligan and Wendy Brown.”

Additionally, Liddle explained that collaboration between existing agencies was paramount.

He cited that over the last decade, the county focused on economic development. Business-focused agencies such as the Sullivan County Visitors Association, the Partnership for Economic Development, the IDA and the county chamber, working together brought down unemployment; they have worked hard to get the economy back on track this year. That’s a model that can be used on the health rankings, he said.

That health coalition would encompass education, healthcare, childcare and housing to work on structural poverty, which is behind many of the health problems the county faces.

Launching the plan, and focusing tightly on the four goals, will get people the help they need. It’ll make a difference. And “it’ll let people feel better about where they are in life,” Liddle said.

“This is a huge undertaking,” said committee chair Nadia Rajsz, as she praised the work of the plan.

“All of these things have been discussed and worked on in the past, but I’m confident that the combination of having new key players in the right places and renewed collaboration among stakeholders is going to take all of these efforts to a new level,” Liddle said later. “They were always the right things to work on. We’re just going to do a better job of prioritizing limited time and resources to the most important issues.”

Liddle and his team looked at the criteria the rankings use and isolated four categories where improvement would have maximum impact.

“We can really dig into these problems and get them solved, at least to some extent,” he said at the meeting.

Easing access to care: Make it easier for people to get help. When you’re in the middle of a crisis, you need things to be simpler, not harder. So, cut back on the bureaucracy and just get folks help.

Ending the opioid crisis. Nobody said it would be easy, but eliminating something that is killing young and middle-aged people, harming their families and complicating everything they do (including earning a living) would improve just about every aspect of the county’s health.

Enhancing communities: “We’re making use of the Housing Continuum of Care,” he said, which aims to provide more affordable housing.

Also in this category is availability of childcare. The more affordable it is, “the less stress on [people’s] pocketbooks... That helps bridge the income inequality and child poverty issue.”

Add in post-secondary training or college. Liddle cited BOCES and the work at SUNY Sullivan to enhance the nursing program.

Encouraging healthy behaviors is the final area of focus. That means exercise (like on the O&W rail trail project, exploring the county’s parks or just taking a walk), quitting smoking and trying to lose weight. Improving physical and mental health will cut hospitalizations.

The following criteria were cited for Sullivan’s low ranking.

Johnson & Johnson/University of Wisconsin, which issue the rankings, weighs premature death heavily in ranking counties, and many factors contribute to it.

And those years of life lost “all add up.”

Many groups, like Sullivan 180 and the Housing Continuum of Care, are working on healthy behaviors, education, housing and more. The new initiative aims to bring them all together.

Why pay attention to the rankings?

Ranking, says Patrick Remington et al in Population Health Metrics, takes complex information and presents it in a way that people can intuitively understand. “The five least healthy counties in each state have premature death rates that are more than twice the rates of the five healthiest counties. These counties with poorer health outcomes also have the highest rates of smoking, teen births, physical inactivity, preventable hospital stays and children living in poverty.”

Housing for Sullivan County and beyond