The story behind the Black Library

MONTICELLO, NY — Two Monticello locals are creating positive change by using their experience growing up in that community.

Michael Davis and Douglas Shindler are heading the creation of the …

The story behind the Black Library

MONTICELLO, NY — Two Monticello locals are creating positive change by using their experience growing up in that community.

Michael Davis and Douglas Shindler are heading the creation of the Black Library in Monticello, a town they are both intimately familiar with. Shindler remembers leisure time as a kid, full of basketball and video games; Davis reminisces about the skate park on Broadway, where he spent a lot of time with his peers. Shindler also spent part of his childhood in Jeffersonville.

“The skate park and basketball court were a hub for people,” said Davis.

Now both practicing artists, Shindler and Davis are sharing the stories of the people around them and giving recognition to Black voices, faces and experiences through paint, photographs and other media.

Shindler and Davis leaned in to their artistic callings early, drawing comic book characters and cartoons as kids. Shindler became interested in drawing portraits more seriously as a teenager, while Davis took to photography in his junior year of high school, first borrowing a friend’s camera, and then saving up for his own.

The two met in a graphic design course at SUNY Sullivan.  From there, Shindler furthered his education at SUNY Purchase, where his mentors encouraged him to work more abstractly with his photography. Davis went on to intern for DVEight, and work on interior design and fashion photoshoots that took him all over the country.

Davis has almost moved away several times. But “after seeing different places and getting a feel for you start to learn things about the places you’re from. You start to see it a bit differently, and want to relay the information you’ve been taught to people, and that is something that drives me to stay here as long as I can.”

“At various stages of my life I was like, ‘I’m definitely leaving this place,’” Shindler said of his hometown. To have access to the arts scene, galleries and networking connections, he planned to move. “I thought, I have to move to the city even though I can’t stand the city.”

He added, “I just started coming home and photographing what the area was actually like. All the photos that artists take of this area are of the wilderness and beautiful scenery, but what it’s really like is this dilapidated building right here, or what Evergreen looks like, what the people in Evergreen look like, what it’s like to go to church here.”

He took photographs in his mom’s church, and while walking up and down Broadway in Monticello. “That grew my appreciation for the area, and I started to realize I actually love it here… it’s not overcrowded and frantic like the city, but not so rural.”

Shindler and Davis also acknowledge the lack of representation for people of color in the area.

Davis also focuses his work on equitable storytelling and empowerment for the local people he photographs.  “I like to deliver as high a quality photo experience as possible for people that I work with. Most people have never had a portrait taken with a high-resolution camera.” Through this method, Davis provides a “visible self-worth” for people, “showing people in a light and angle they’ve literally never seen themselves,” he said.

While working on their art, Davis and Shindler spent time together at Shindler’s studio, discussing Black literature they had been reading, or listening to on audiotape. They tossed around the idea of starting a book club—and this idea morphed into the Black Library project.

It came to fruition when the two won a grant from Creatives Rebuild New York, out of a pool of over 20,000 applicants, according to Shindler and Davis.

“(Monticello) is the most diverse area in the county,” Davis said.

“Living here for so long, we both know what the area needs,” said Shindler.

“Not only that, but we know what the area is capable of. We see it everyday.  We see the talent that’s here and the lack of space or opportunity for people to hone their skills,”  added Davis.

During a reconstruction phase of Broadway around 2012, the skate park and basketball court Davis used to frequent got shut down and moved. “Both of those things were kind of taken away from the town, which left people to do destructive things out of boredom,” he explained.

Shindler and Davis aim to create a new hub with the Black Library. In addition to a vast collection of books about Black history and culture, they plan for the library to be an active arts space, with visiting-artist workshops and a studio for artists to create in.

Davis highlighted the importance of the Library’s literature, “educating youth in a way that isn’t necessarily highlighted in the New York State curriculum. Black history is also American history,” he said.  The learning opportunities provided by the Black Library can “create a sense of self-empowerment for some of the people here.”

“Our program is geared towards community outreach and bringing people together for productivity, conversations and understanding,” said Davis.  “We could really use solid ground for collaboration in this area, which has been lacking. It would be a tremendous push for the arts overall in this area, but also for artists of color who are flying under the radar right now.”

“I think having more outlets for people to be creative is important, and also to learn about their history or culture,” said Shindler. “Also a space that is designated as a safe environment for to be in. Everybody needs an outlet,” for activities like art, to coming together for sports.

“We can be a part of jump-starting this idea of change, of putting your time into different things, or a place to do that,” said Davis.

Collecting books for the library has been wildly successful—most on the Library’s Amazon and Sistah Scifi (a Black-owned California bookstore) wishlists have been purchased.

“DJ and I are both sleeping in one-half of a library,” Davis joked of his and Shindler’s houses, as the books have flowed in. They’ve been purchased by locals, people who were local and have moved, and strangers across the U.S. who have heard of the initiative through friends’ networks.

“Sistah Scifi has been extremely supportive from the moment I reached out to them,” said Davis, noting how the bookstore featured the Black Library on their Instagram live show, posting to get people to buy books as well. “There is also a physical dropoff location at E.B. Crawford Library; they’ve been incredibly supportive as well,” the duo said.

“Every time we go there’s at least one full box,” said Shindler. 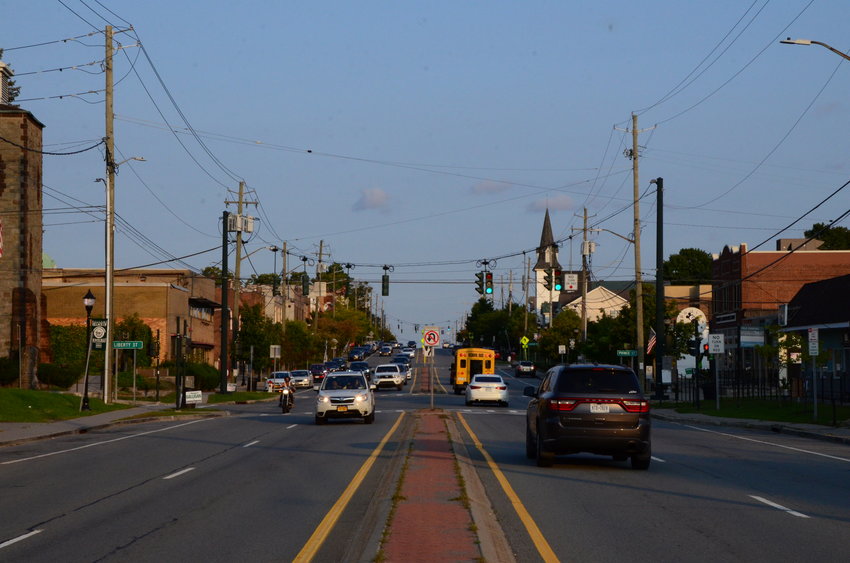 Broadway in Monticello. The Black Library will be located in one of the buildings here. 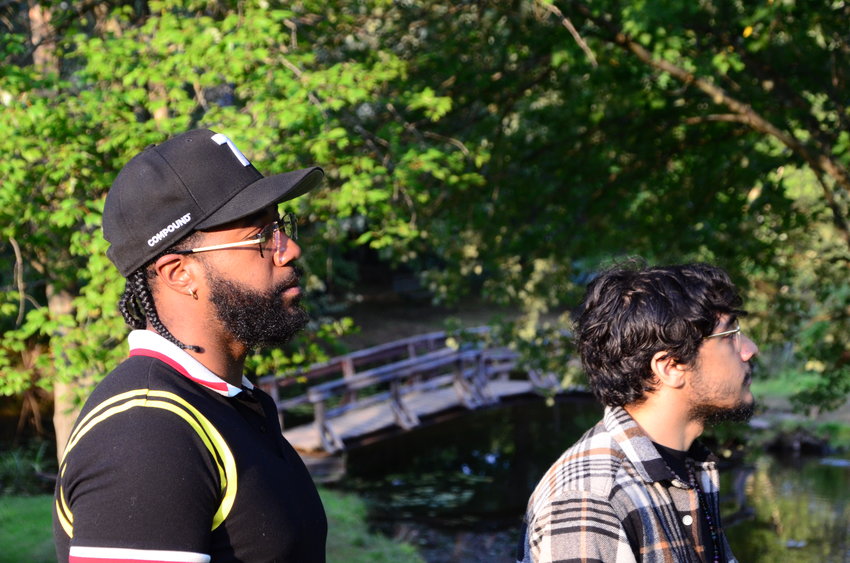 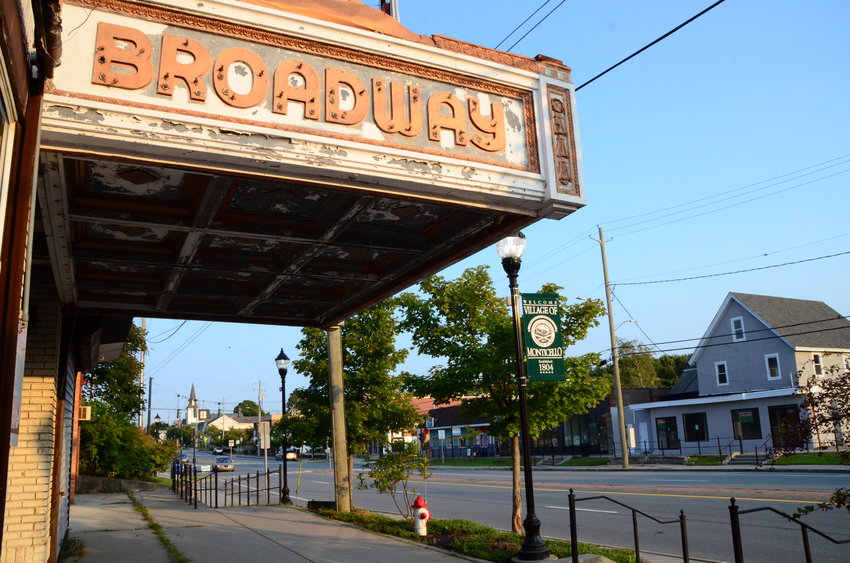 Broadway in Monticello,
Previous Next

The Black Library’s community outreach doesn’t stop there. Shindler and Davis have wider visions of providing meal cards for local businesses that individuals can pick up at the library, renovating a basketball court, creating a community mural, and having community barbecues and backpacks of school and art supplies.

The spaces they are looking at for the Library are mostly on Broadway in Monticello.  While they have been focused on the book drive and community outreach, they are hoping to get renovations for the physical space moving by the fall.

The current grant money is being used for renovation of the space, rent, utilities and paying artists for workshops and exhibitions. They are planning an impending art-supply drive, and have been meeting with people in local government that can aid the cause and provide further funding.

Community members can support the Black Library through donation links on its website and Instagram; donations go straight to the project—books, art supplies, rent. “It’s just the two of us,” Shindler and Davis said. “We’re seeing how much work these kinds of things actually do take.”

Davis said of him and Shindler, “Our life paths have brought us to a point where we can give back to people and alleviate their process to be a little less rocky than ours was.”

Looking at the local community as a whole, Davis said, “If people understand the value of self… if that’s the overall consciousness of the area, then the area begins to improve. I think this is a way no one has tried to attack our problems from in this area, so this is an angle we’re willing to take.”

The Big Eddy Film Festival is back in town

When writers and readers talk