Swingin’ in the rain

JEFFERSONVILLE, NY — Talk about flashbacks or temporary lapses of reality. For a while on Friday, May 6, this sports scribbler thought he was back in 1952, watching “Singin’in the …

Swingin’ in the rain

Softball in a snow squall
By TED WADDELL

JEFFERSONVILLE, NY — Talk about flashbacks or temporary lapses of reality. For a while on Friday, May 6, this sports scribbler thought he was back in 1952, watching “Singin’in the Rain,” with Gene Kelly and Debbie Reynolds, looking on as they danced through the raindrops.

But alas, instead of a classic romantically tinged musical, it was a varsity baseball game. Featured was the home team Sullivan West Bulldogs (5-6, 0-2) swinging their bats against the Hambletonians of Chester Academy (10-5), battling it out in a pesky drizzle.

And the only umbrellas on stage were in the hands of the fans seeking some shelter from the elements.

The game was called after five innings due to the 10-run rule, as the visitors defeated Sullivan West 13-1.

According to Bulldogs coach Bill Kirk, freshman pitcher Ebert made his varsity pitching debut, and the outing served as a baptism of fire as the battery faced a strong team on the other side of the fence.

The winning pitcher was Danny Moccio, who was also 1-for-1 with a double, 2 walks and 2 runs scored.

To put the game out of reach, Chester’s Jeter Nolasco nailed a 3-run homer, while Andre Jenkins was 2-for-3, 2 runs scored and a double.

The only bright spot in the scorebook for the Bulldogs was in the third frame, when Andrew Hubert slid across the plate on a close play at home. 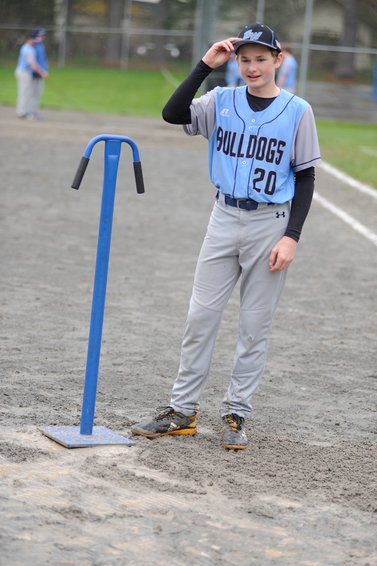 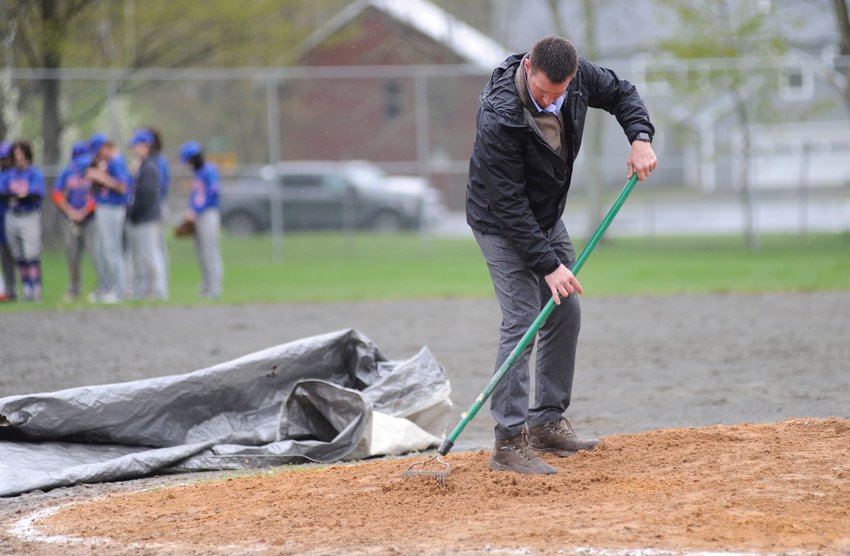 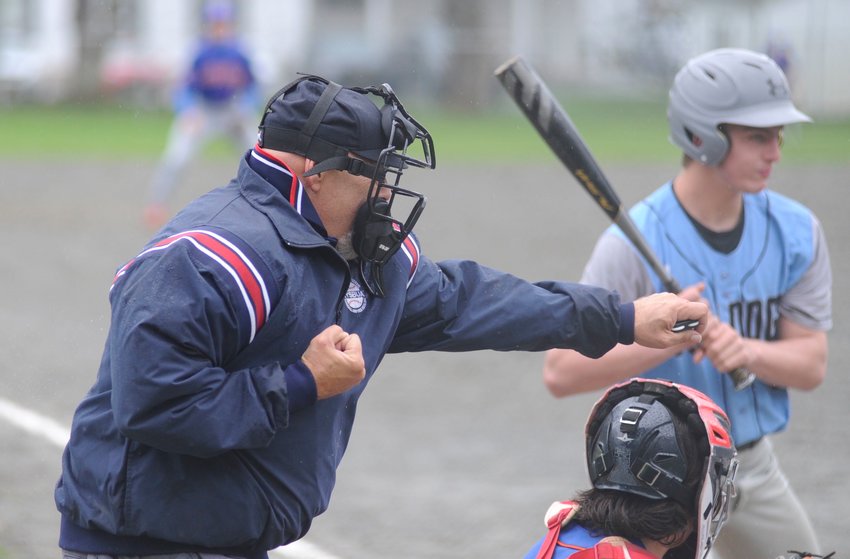 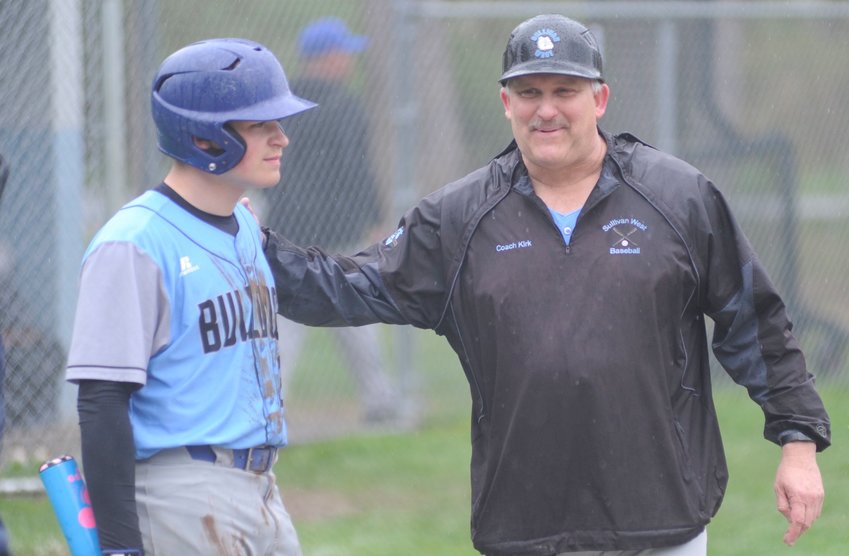 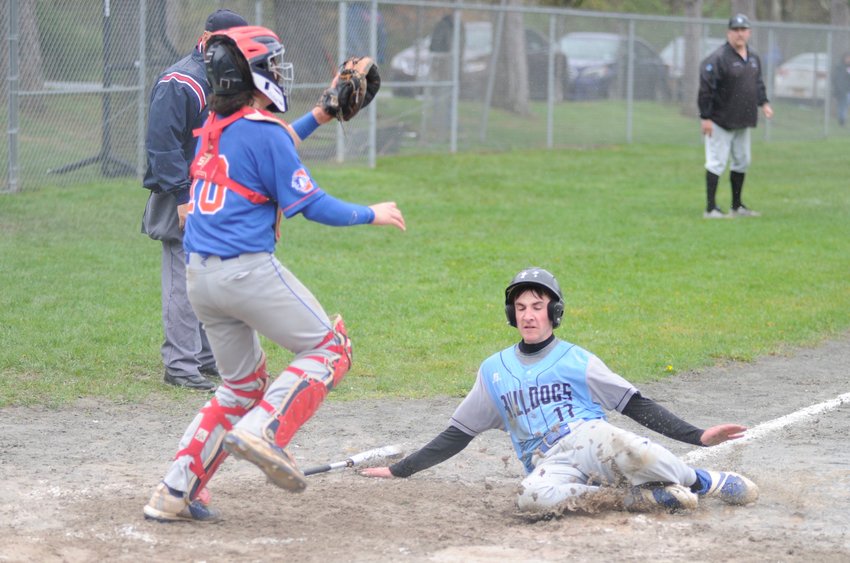 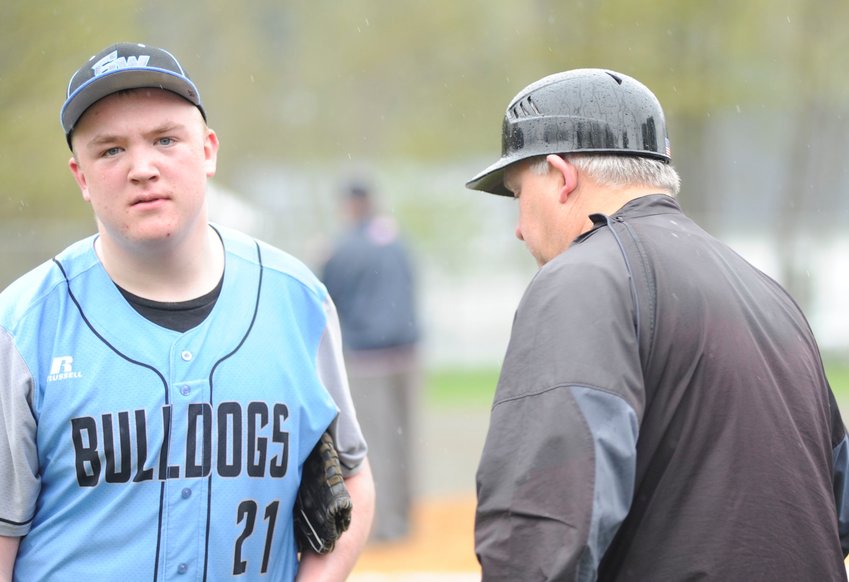 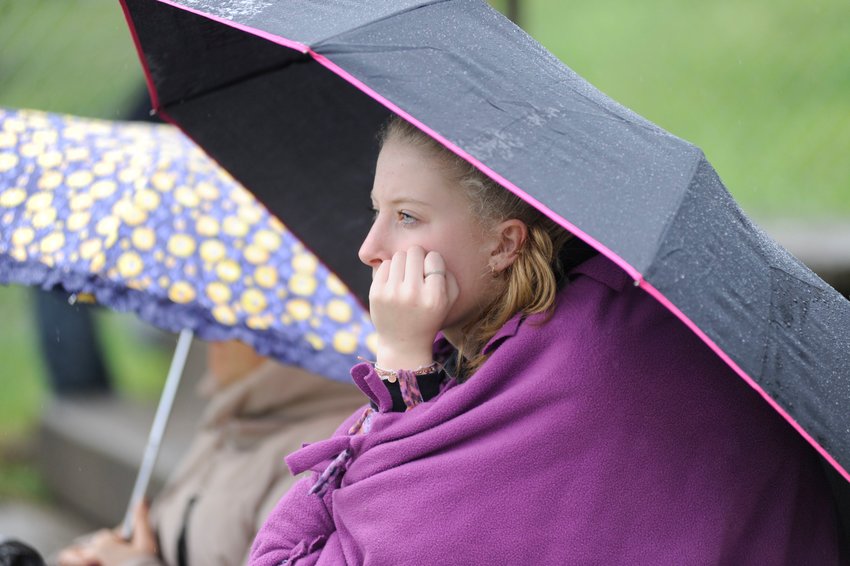 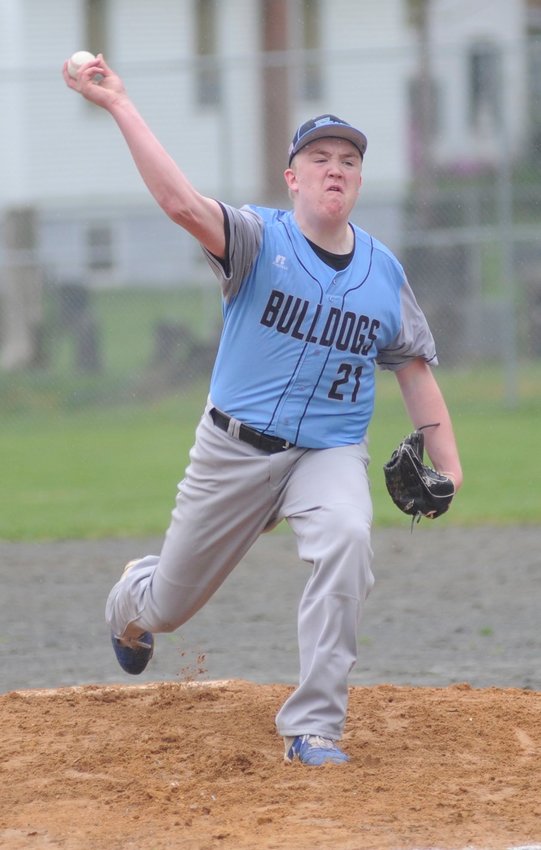 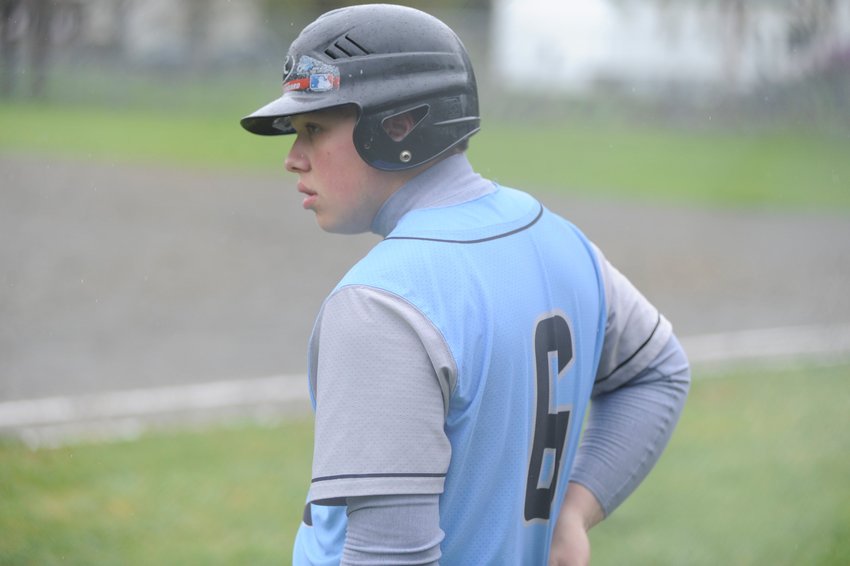 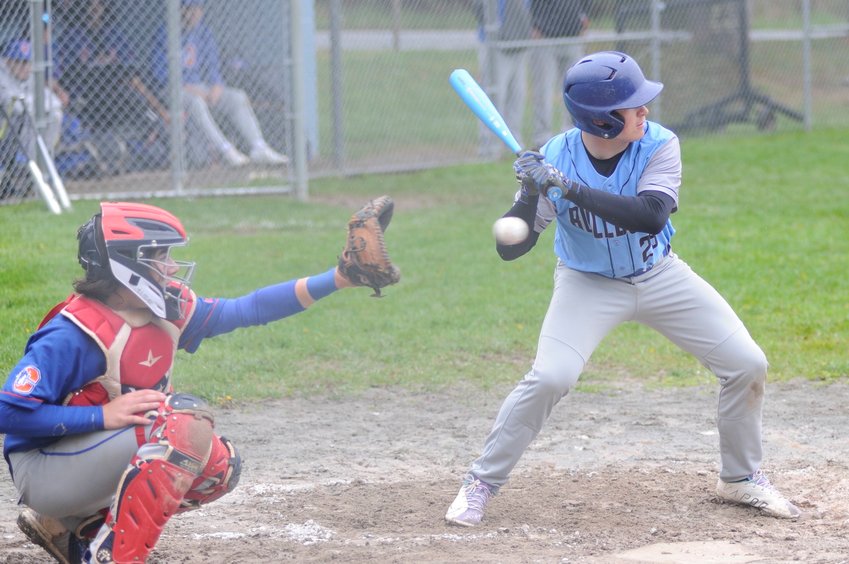 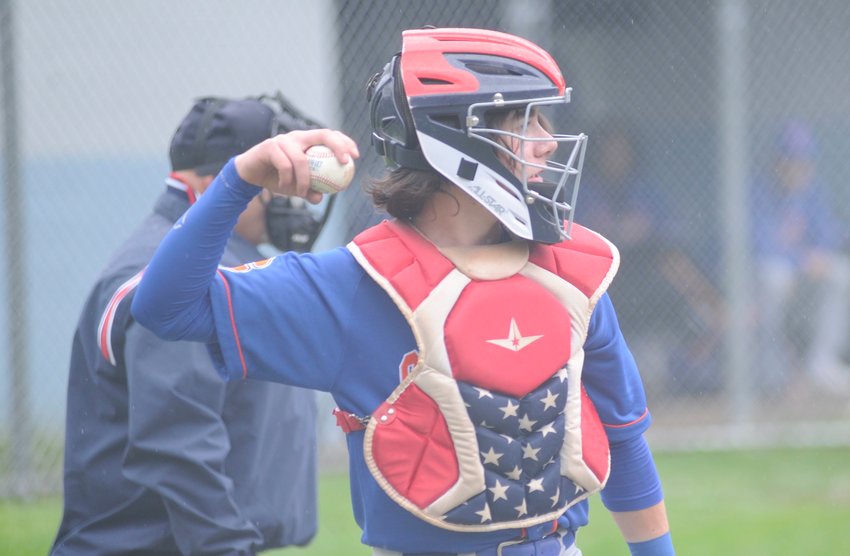 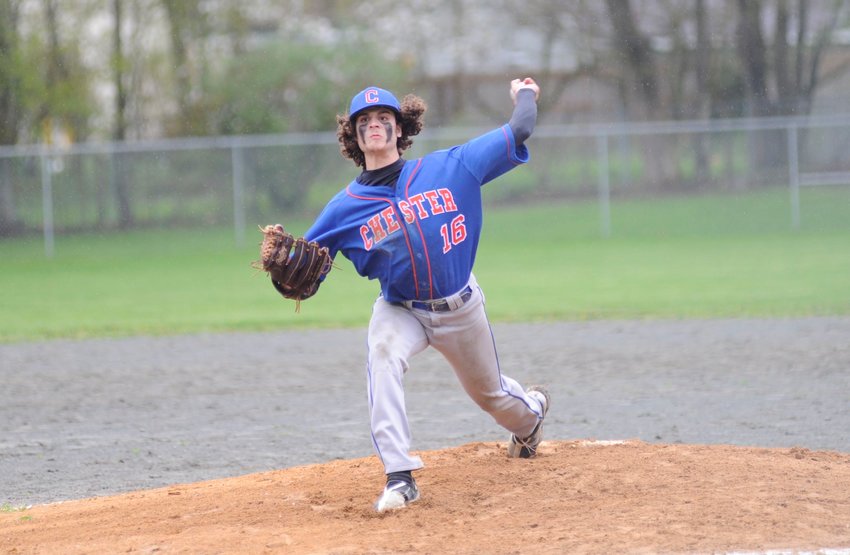 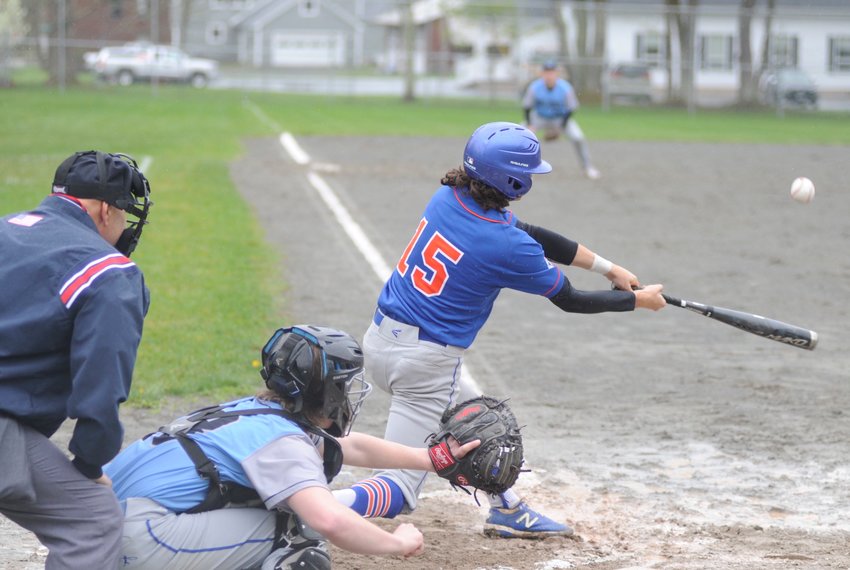 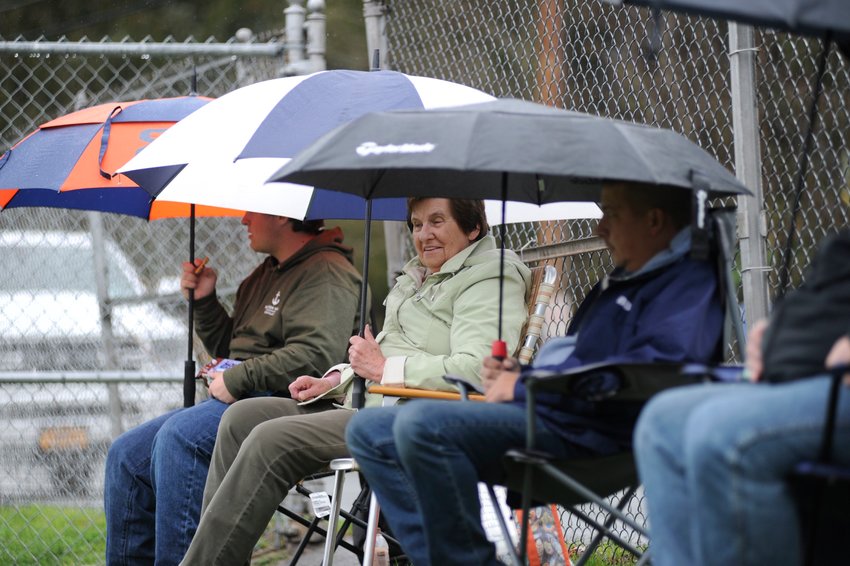 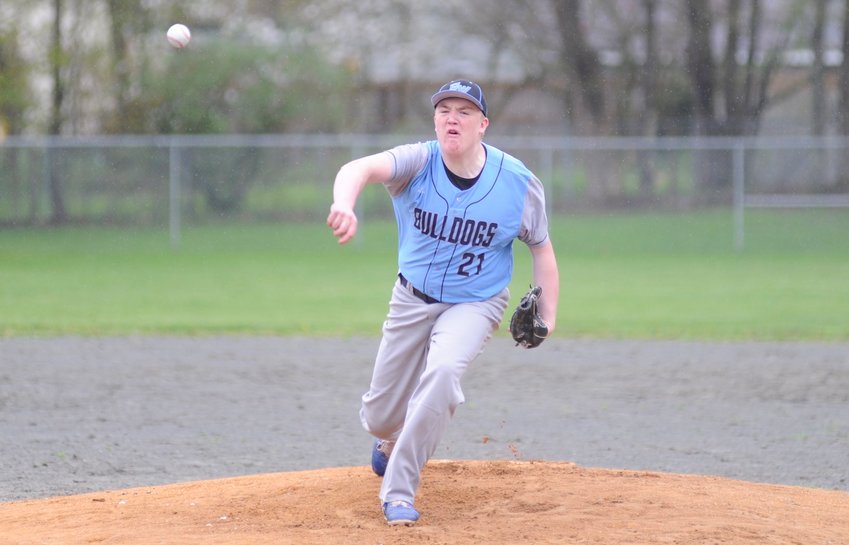 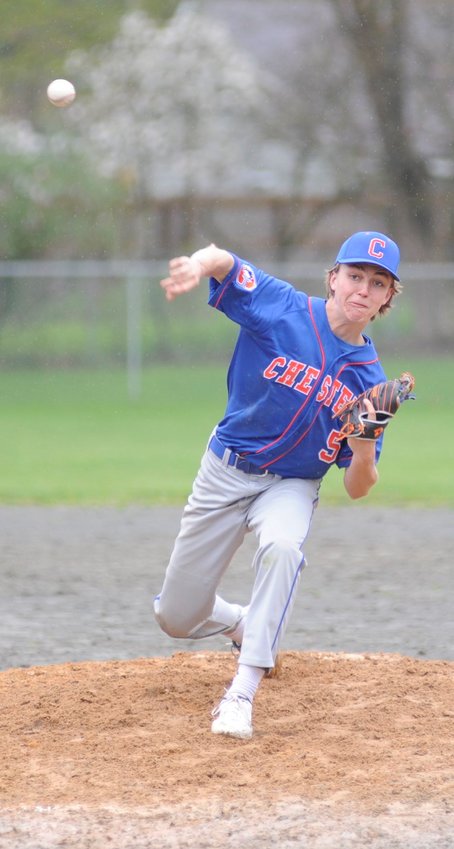 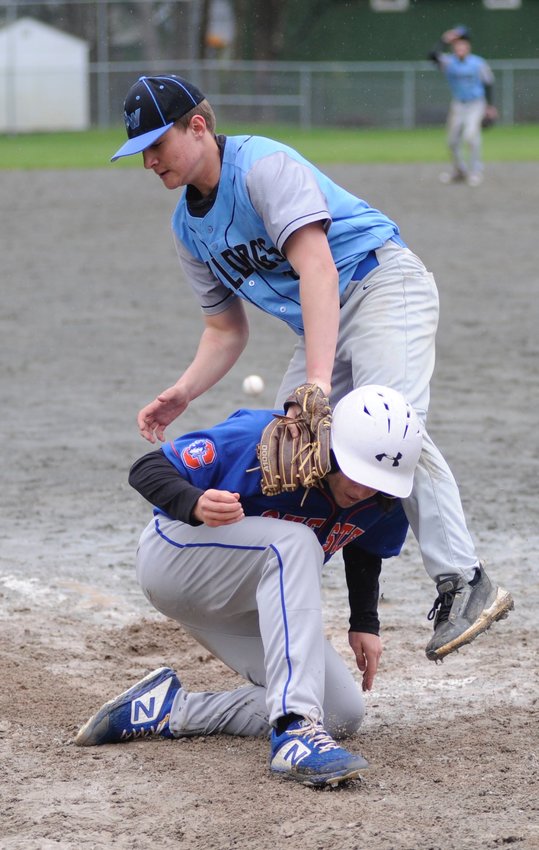 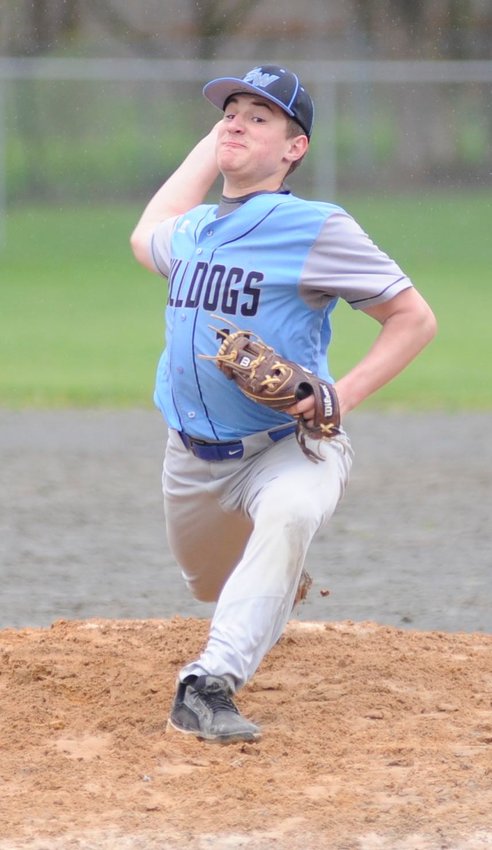 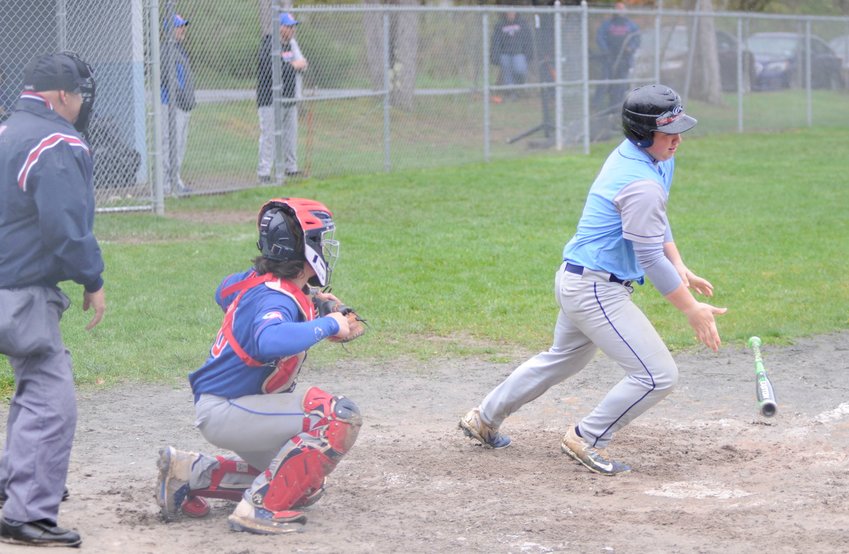 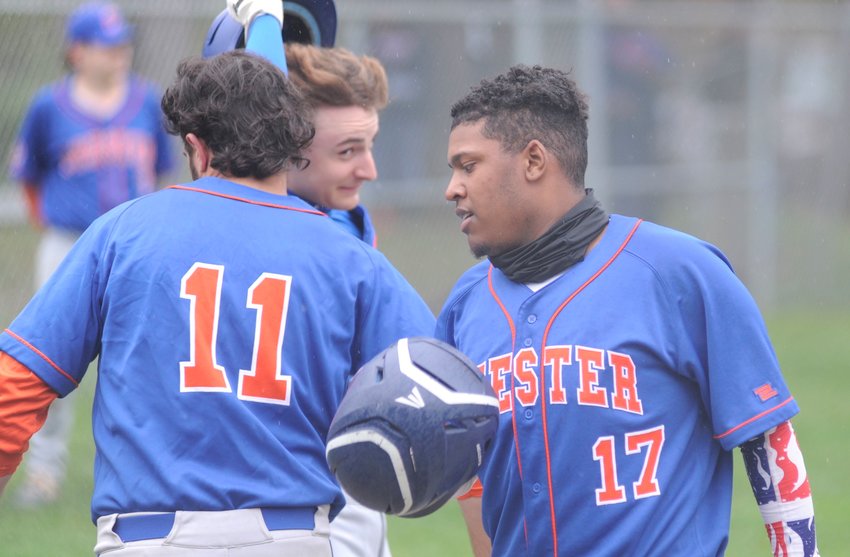 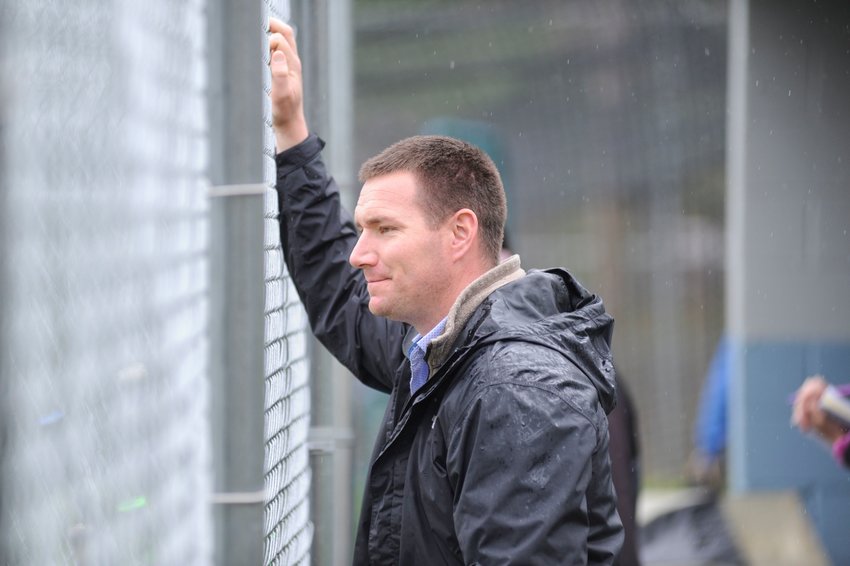 After the game, Coach Kirk said of the contest, which was fortunately played on Lions Field’s packed shale dust rather than the mud at Lake Huntington, “I’m real proud of the guys… we had some decent hits, but just couldn’t make the plays… it was a tough sectional game.”

Singling out a few hardballers for praise and recognition, he said of senior pitcher/outfielder Justin Grund, “He’s done an amazing job this year, and made a great catch in left field.” Second baseman Jacob Hubert “had a great season for us, and was up for the Times Herald-Record’s Player of the Week last week,” and Max Ebert at the hot corner, “had a solid game for us as our cleanup hitter.”

Coach Kirk said he hopes to break .500 this year to send the team into post-regular season competition.

“I’m very happy with the season so far,” he said. “We’ve had some really good games, and a couple that we let get away from us… we’ve got a lot of good young players that came up this year that are helping us out.”

Softball in a snow squall

In the rearview mirror

In the rearview mirror