Federation for Homeless receives $10K from NYS VFW  and more

MONTICELLO, NY — The Sullivan County Federation for the Homeless (SCFH) received $10,082.73, presented by the Department of New York Veterans of Foreign Wars of the U.S.

Federation for Homeless receives $10K from NYS VFW  and more

MONTICELLO, NY — The Sullivan County Federation for the Homeless (SCFH) received $10,082.73, presented by the Department of New York Veterans of Foreign Wars of the U.S.

“We are overwhelmed and overjoyed,” said Kathy Kreiter, director/program administrator of the federation. “These men and women have given of themselves to support this country, and we are so happy to serve them.”

The SCFH provides education, goods and services to those who are without resources.

To learn more about the federation or to find out how to access its programs, call Kreiter at 845/794-2604. 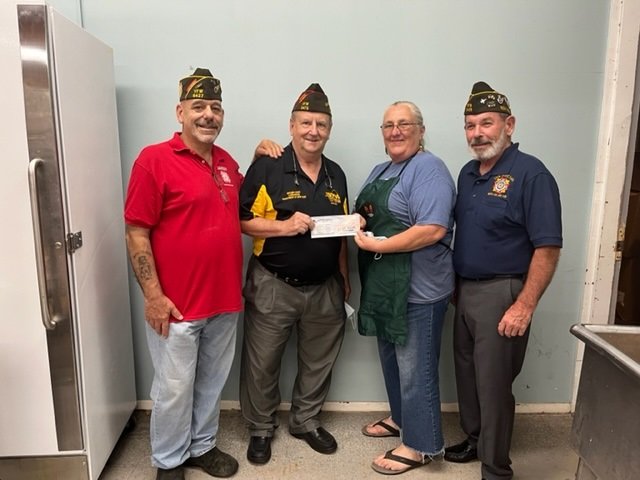 The New York State Veterans of Foreign Wars donated $10,000 to the Sullivan County Federation for the Homeless.

SMALLWOOD, NY — In August, Sullivan Renaissance interns participated in a day of service at the Forest Reserve at Smallwood. They worked with community volunteers, the Upper Delaware River Conservation Corp and staff from Sullivan Renaissance on three different trails at the reserve.

The interns marked the trails and cleared low branches, brush and debris, making the trails safer and more accessible.

They also learned about the history of the reserve from Town of Bethel supervisor Dan Sturm and Smallwood Civic Association president Jonathan Hyman.

The place is a public resource, protected through a conservation easement partnership between the community, the Town of Bethel and the Delaware Highlands Conservancy. The reserve features a series of hiking trails, a dog park and a walking/running loop with exercise equipment.

The interns “were upbeat, energetic and did a lot of much-needed work,” said Sturm. “Their work will make it easier and safer for our community members to use the hiking trails, which helps to make us a healthier community.”

Support from a grant from Cornell Cooperative Extension of Sullivan County, made it possible, according to Sullivan Renaissance. 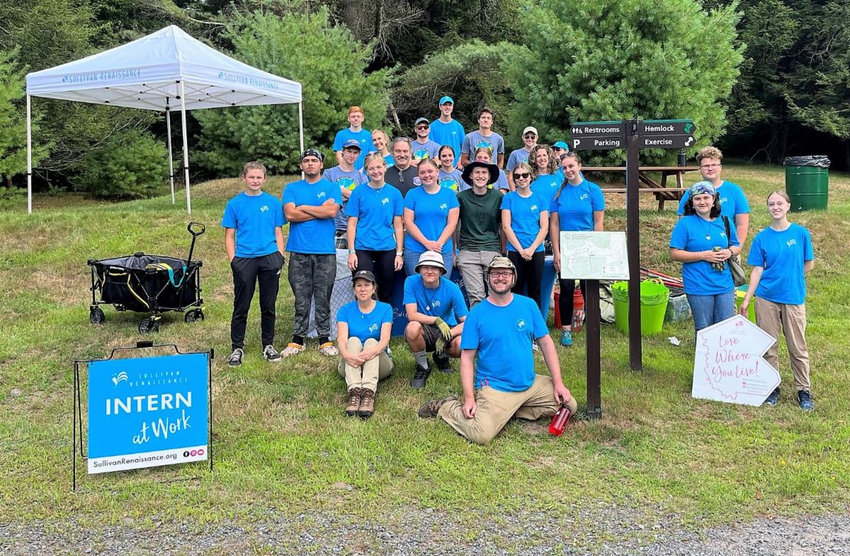 NEW YORK STATE — The New York Department of Environmental Conservation (DEC) confirmed that a deer in Dover Plains is the first case of epizootic hemorrhagic disease (EHD) in the state in 2022.

The department asked people to report cases of sick or dead deer; see below.

The disease is not transmissible to humans.

The DEC is currently investigating reports of several other dead deer from Dutchess County.

EHD is an often-fatal disease of deer that is transmitted by biting midges—small bugs often called no-see-ums or punkies. The disease is not spread directly from deer to deer, and humans cannot be infected by deer or bites from midges.

The EHD virus was first confirmed in New York in 2007. In 2020, a large EHD outbreak occurred in the lower Hudson Valley, centered in Putnam and Orange counties, with reports from the public of approximately 1,500 dead deer. In 2021 the outbreak shifted and DEC received more than 2,000 reports of dead deer, primarily in Ulster, Dutchess, Columbia, Oswego and Jefferson counties.

Once infected with EHD, deer usually die within 36 hours. EHD outbreaks are most common in the late summer and early fall when midges are abundant. Symptoms include fever, hemorrhage in muscle or organs, and swelling of the head, neck, tongue and lips.

A deer infected with EHD could appear lame or dehydrated. Frequently, infected deer will seek out water sources and many succumb near a water source.

There is no treatment or means to prevent EHD. The dead deer do not serve as a source of infection for other animals.

The first hard frost kills the midges that transmit the disease, ending the EHD outbreak.

Sightings of sick or dying deer should be reported online or to the nearest DEC regional office or Environmental Conservation police officer. More information about EHD and a link for public reporting of deer with EHD symptoms is at the DEC website, www.dec.ny.gov. 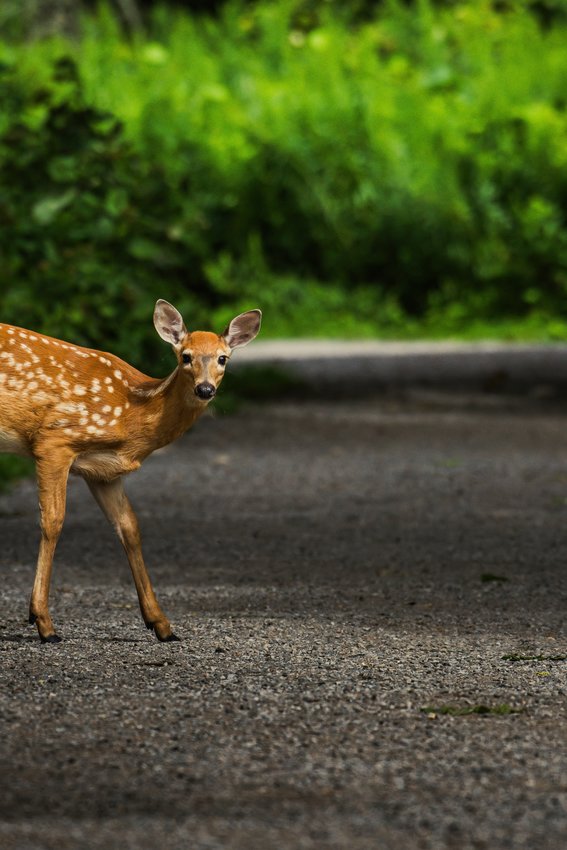 The mission of Leadership Sullivan, a spokesperson said, is to develop informed and committed leaders from all segments of the community, “who will apply their collective experience and skills to serve, strengthen and improve the quality of life for all people who live and work in Sullivan County.”

The program is designed to teach individuals more about the county, improve communication skills, and increase organization and problem-solving skills. It also helps members connect to others in the county, the spokesperson said.

Shirley Felder of Ordinary Greatness led a class in leadership conversations; Meaghan Mullally-Gorr of Sullivan 180 sent the class on an interactive scavenger hunt, and Jacquie Leventoff, co-founder of Leadership Sullivan, challenged the class to research the county, ask questions, and strive to become informed leaders.

The class will learn about the different regions of Sullivan County from visits to local businesses and conversations with government  officials and community leaders.

Adam Jacobson of the Villa Roma Resort Hotel was the retreat’s board liaison and the tour guide at the Catskill venue.

The facilitator of this year’s class is Susan Bunce from the Partnership for Economic Development. She is a former member of the Sullivan County Chamber of Commerce Foundation Board, a Leadership Sullivan alumna and an advocate for the Alzheimer’s Association.

The Leadership Sullivan sponsors were the Jeff Bank and Orange & Rockland Utilities. The organization also recognized the late foundation board member Dave Thomson, who endowed the Leadership Sullivan Program with a gift to support the continuance of the program he led and believed in sincerely, the spokesperson said. 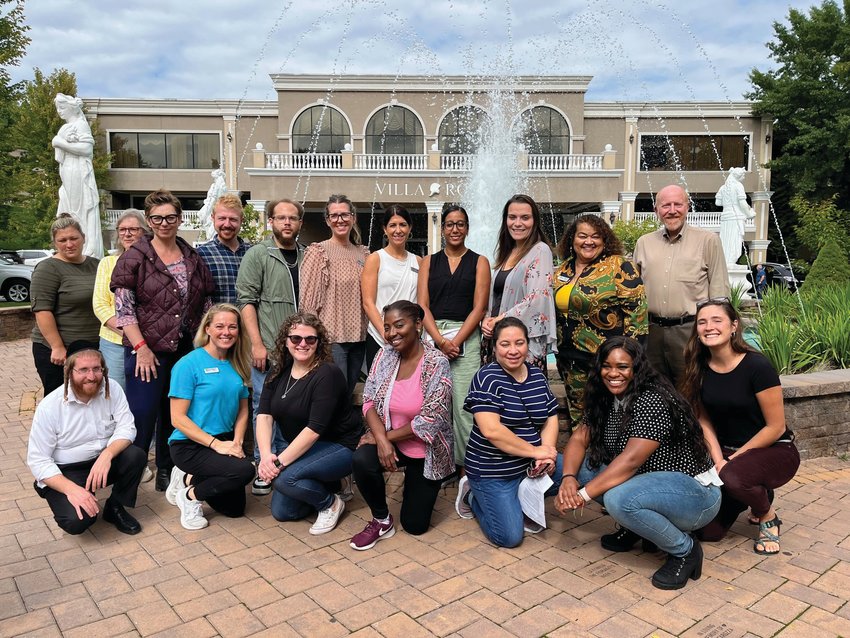 The Leadership Sullivan class of 2023 and those who will help them. Pictured in front row are Isaac Indig, left; Meaghan Mullally-Gorr; Lourdesa …

It found that honey bee colonies in operations with five or more colonies were down one percent from last year.

Varroa mites were the number-one stressor for those operations during all quarters surveyed in 2021.

Operations with five or more colonies reported that they lost 86,070 colonies with symptoms of colony collapse disorder. This represents a 12 percent increase from the same quarter in 2021, the USDA reported.

The survey learned about colony inventory and loss from more than 400 producers with honeybee colonies in the northeastern region of the United States.

“The information from these surveys directly impacts our region’s beekeepers and honey producers,” said King Whetstone, director of the NASS northeastern regional field office. “Beekeepers and producers can use the survey results when making business plans and marketing decisions. Cooperative extensions use the data to provide needed outreach and education, and State Departments and Agencies of Agriculture use the information to set insurance values.”

These and all NASS reports are available online at www.nass.usda.gov/Publications/. 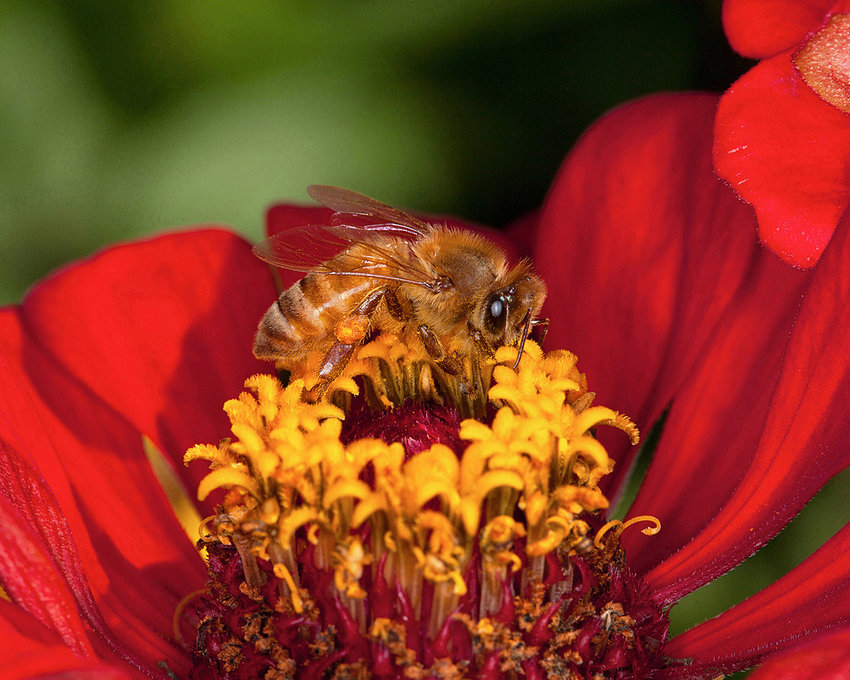 This honey bee is doing well, unlike some of its kind.

GLEN SPEY, NY — A 5K run/walk will be held on Saturday, October 1, with registration beginning at 8 a.m. The race will start at 9 a.m.

All proceeds raised will go toward humanitarian aid for Ukraine.

A limited number of T-shirts is available.

You can register online at www.raceroster.com.

Sponsors and donors are welcome. To donate or sponsor the race, send a check, made payable to Sts. Peter and Paul Church. Note Ukraine Aid in the memo, and send it to PO Box 178, Glen Spey, NY 12737.

The holiday season is here